Minimodels ltd. production after the 'Minitype' is difficult to assess in terms of exactly what was issued and in which sequence.
Absolute clarification of what was issued is lacking, and information from the broader toy trade is conflicting.
However, fairly soon after 'Minitype' it is believed that Minimodels Ltd. introduced it’s range of tinplate lorries although many believe that it was The Automatic Reversing & Steering Traffic Car that was issued before the lorries. 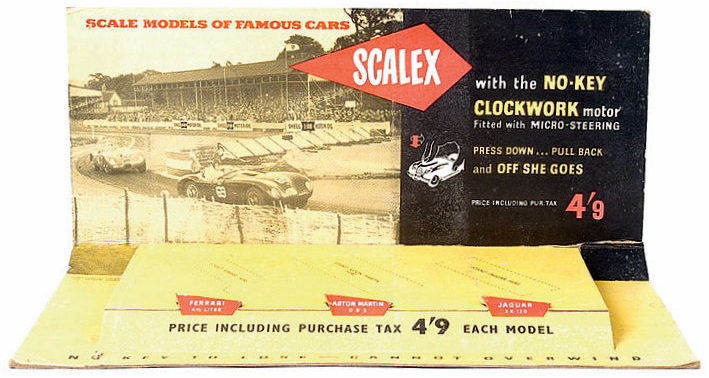 Scalex cars worked by pressing the car down, then pulling the car backwards on its fifth wheel (which was located in the base plate slightly behind the front right wheel of the car) - this wound up the clockwork motor - then release the car and it would then run forwards about 10 feet.
Startex cars ran on the same principle but had a chord which, when pulled, wound the clockwork motor.​
The Scalex and Startex cars did not have drivers. 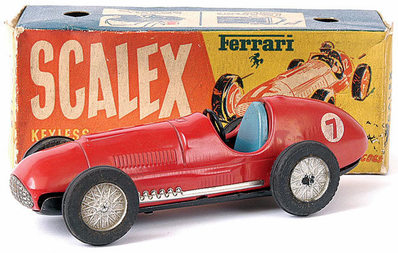 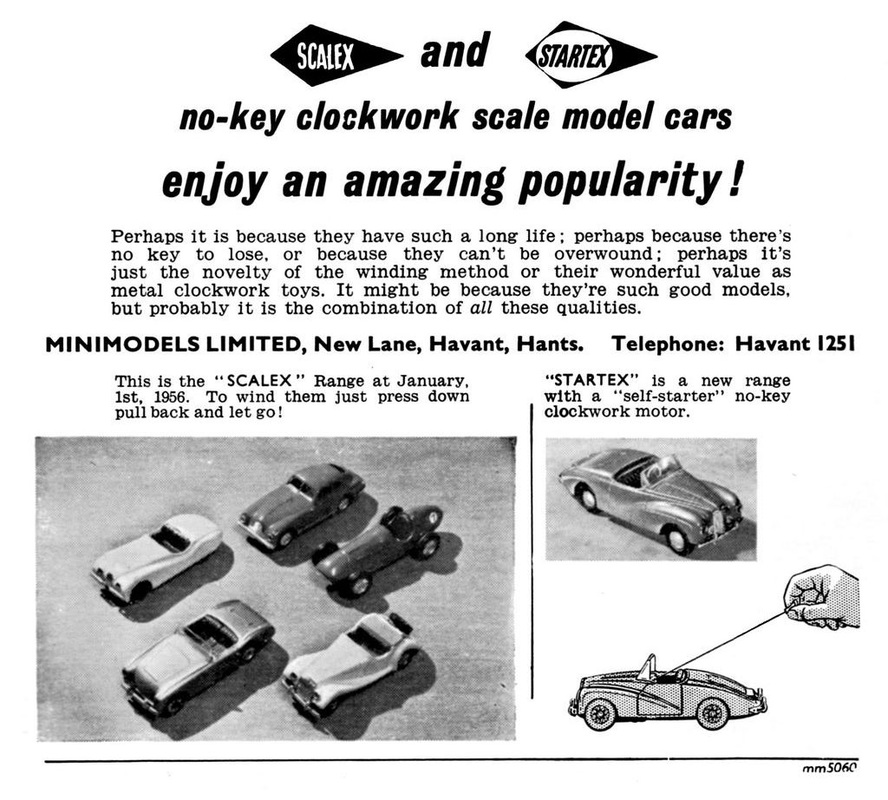 Around 1955 Minimodels Ltd. introduced a new series of models, the ‘Startex’ range. This comprised of re-works of two earlier ‘Scalex’ models and one completely new model.
Startex differed from Scalex in that it no longer utilised the innovative fifth wheel winding mechanism and now relied upon a cord winding system. This was either disguised as the exhaust pipe (in the case of the Austin Healey & Jaguar 2.4) or the steering wheel in the case of the Sunbeam Alpine Roadster.

The first Startex model and by far the biggest seller in the range.

January 1957 - Scalextric was introduced at the the Harrogate Toy Trade Fair
November 1958 - Minimdels Ltd. was purchased by Lines Bros (Tri-ang) 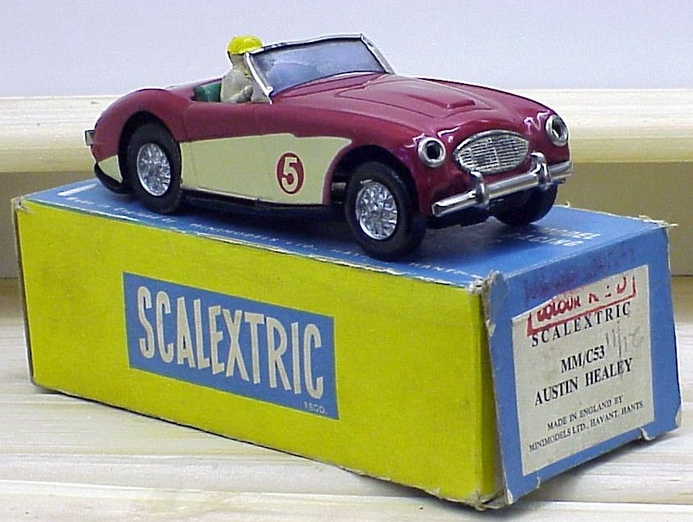